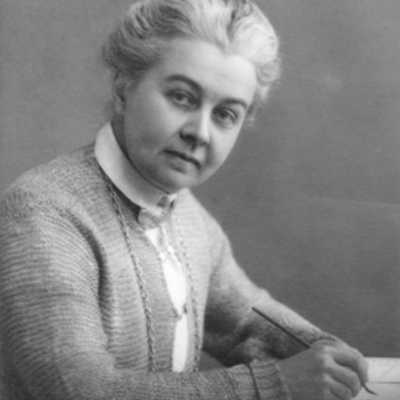 Sigrid Göransson made Sandvik focus on social responsibility and improved conditions for the workers at a time when that was rare. Recently, Sandvik launched a sustainability award in her name.

Sigrid Göransson was born on February 23, 1872, in Sandviken, granddaughter to Göran Fredrik Göransson, founder of Sandvik and daughter to Anders Henrik Göransson, CEO of Sandvik. Already at a young age, Sigrid joined her father on his inspection of the ironworks and the workers' housing and she got insights into living- and working conditions of the employees. In the growing community of Sandviken, there were major problems with regards to housing, welfare, schooling and health care.

She saw what needed to be done to provide the workers and their families with better living conditions. Sigrid was appointed member of the company’s management team and an inspector of the company’s social institutions. She made Sandvik focus on social conditions at a time when that rarely happened.

From nursing home to bath house

One of the first measures was to get doctors and hospitals to the community. After studying health conditions in Switzerland and other countries, Sigrid took the initiative to establish a sanatorium in Sandviken, one of the first in Sweden. For the benefit of the community, a gymnasium and warm bath house, a large laundry facility and a domestic school for girls and younger women were established. One of the company houses became a library and reading rooms, and an educational committee was set up to organize lectures and discussions. Sigrid took an active part in the establishment of nursing homes and orphanages, and when the municipality took over the social services, she was for many years a member of the Poverty Alleviation Board and other municipalities Committees. In her home, she often gathered members of the municipality boards and others interested to study new regulations in the social field. Other evenings were devoted to discussions about newly published literature and current social issues. Certainly, through these gatherings, the spirit of consensus between different parties and points of view was promoted. 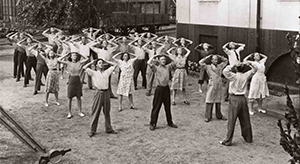 During World War I, Sigrid Göransson formed a women's food committee, which helped housewives to make use of the groceries available and find substitutes for the ones missing. After the end of the war, this association was transformed into a housewives' association. Her foundation is still making a significant contribution to today’s society. Sigrid’s efforts in the social field became widely known, and many study delegations, also from other countries, traveled to Sandviken for inspiration and ideas for similar activities.

Her work was also recognized at national level. In 1914 she was awarded the "Illis Quorum" medal by the Swedish King for outstanding contributions to Swedish culture, science, and society. Sigrid Göransson was also a member of the National Social Council for Work Safety and Labor. As a person, Sigrid was simple and natural, generous and warm-hearted, always ready to intervene and find solutions.

In Sigrid’s name, Sandvik has launched a new, annual sustainability award to celebrate the best innovations within Sandvik. It is an internal award praising our heritage of sustainability and community involvement. The prize will go to a solution that has had a measurable and lasting impact on environmental, economic or social sustainability at Sandvik or in local communities. “The Sandvik Sustainability Award in Memory of Sigrid Göransson” will be handed out for the first time at the Annual General Meeting in Sandviken on April 28, 2020.

Thank you, Sigrid, for making Sandvik a great place to work!

Meet Sandvik podcast: The development of Sandvik and social responsibility has gone hand in hand, starting with the social pathos of its founder Göran Fredrik Göransson.

Eleven years after he was diagnosed with Parkinson’s disease, Andrew Johnson regained his quality of life.