Speak Up – encouraging trust in Sandvik

Through Sandvik’s Speak Up program, employees and stakeholders are encouraged to raise their voice if they have a concern or suspect a breach of Sandvik’s Code of Conduct. The possibility to speak up is an important building block in Sandvik’s culture to help build trust and improve the working environment for all employees and partners.

Deep Throat, Edward Snowden, Erin Brockovich, Karen Silkwood, Mordechai Vanunu. These are some of the world’s most famous whistleblowers. The fact that they are all household names attests to the importance that whistleblowing has in democratic and transparent societies. It ensures that hidden practices that are illegal or ethically unsound can be brought to the surface and dealt with.

“Whistleblowing has often been the force behind positive development in society,” says Emma Wahlborg, Business Ethics Process Specialist at Sandvik. “It has helped clarify rules and ethical principles and resulted in some big changes to legislation that companies like Sandvik are legally obliged to comply with. For Sandvik as a company, it has the same effect of bringing unsound practices to light. And that is something that we value.” 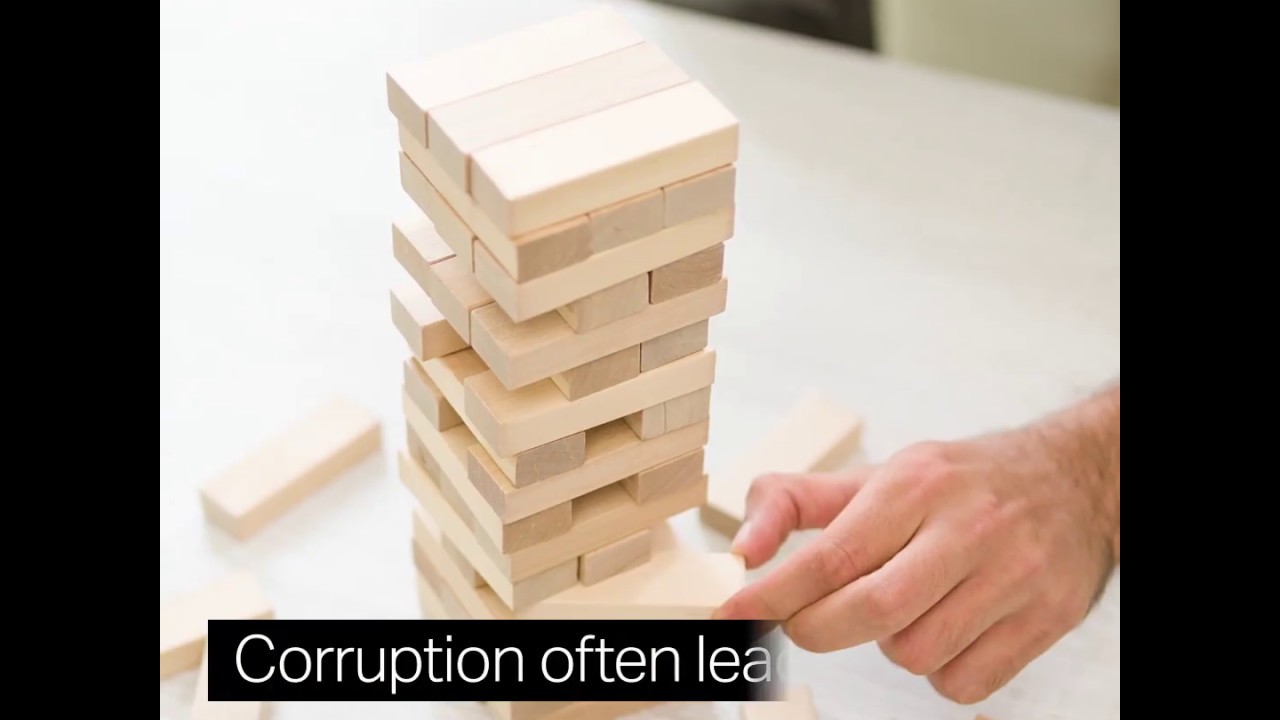 Every report is important

But the fact that famous whistleblowers are also the subject of films, often Oscar winning thrillers, also attests to the dramatic and sometimes life-threating events that certain whistleblowers have gone through as a consequence of their actions. Because in spite of the very valuable outcomes of whistleblowing, many people, and often those in powerful positions, do not want the truth about their actions or those of the institutions they represent to come out. Indeed, many ordinary people with nothing to hide also view whistleblowing as ideologically unethical because of the breach of confidentiality it potentially involves.

“In the context of society as a whole, whistleblowing is more about uncovering criminal activities and exposing the truth, usually politically,” says Wahlborg, who was responsible for the implementation of Speak Up. “But for companies like Sandvik it is more about setting the tone internally and ensuring that everyone in the company shares the same value base and follows relevant laws and our Code of Conduct. So when we launched Speak Up we wanted to use a positive term. One that says it is ok to raise your voice if you have concerns or even just questions regarding conduct.”

For us it is a system to improve our organization, something that helps give us a better working environment and also helps the company reduce risks.

A Sandvik whistleblower is also protected by rigorous structures as to what happens after the concern is submitted. The Code itself ensures that no one can be disciplined for speaking up and the investigations procedure specifies a very strict process for the integrity of both the whistleblower, the person reported against as well as how the investigation is run.

Anna Junker, who as Head of Governance at Sandvik is responsible for Speak Up, adds, “We view it in a positive way. For us it is a system to improve our organization, something that helps give us a better working environment and also helps the company reduce risks. But we also see whistleblowing as a responsibility for all employees who discover activities that are contrary to our Code. Here, whistleblowing helps preserve the company values and reputation.”

Speak Up was launched five years ago, around the same time that Sandvik’s Code of Conduct was updated. “Speak Up was driven by an internal need to have a secure channel through which employees could report incidents and concerns,” says Wahlborg. “Speak Up is also an integral part of our compliance system, which in turn helps us comply with mandatory legislation in many of the countries where we operate and allows us to see where we may have potential risks that need mitigation.”

Sandvik did have a process in place before it launched Speak Up, which stated if you had a problem, you should talk to your manager, HR or the General Counsel. And today, when an employee has a general complaint or grievance, if it can be solved locally with their manager or local HR team, that is still the preferred route. But few people dare to pick up the phone and call a person in Sweden whom they have never met. So if an issue or query couldn’t be solved locally, no one really knew where to turn.

“We saw a need for facilitating anonymous reporting, in local language and at an easily available local phone number or website,” she adds. “We still encourage people to identify themselves, because it is much easier to investigate issues when we have contact information and they should feel safe to do so, as Sandvik respects employees who dare to speak up. But if you do not feel comfortable doing that, you are in most countries allowed to report anonymously and we can still investigate. And Speak Up is highly confidential, we are mindful of the integrity of the reporter and only involve investigators and others on a need-to-know basis in order to deal with the problem. We also have a strong no-retaliation policy, which means that we will not tolerate that someone is mistreated if they raise a concern.”

If staff or external stakeholders want to raise a query or log a report using Speak Up they can do so online or by calling the 24/7 phone line, using any language. All reports then go to a small team of internal investigators. “We follow up on every single report that comes in regardless of what it’s about,” adds Wahlborg.

Sandvik receives about 200 reports via Speak Up every year, which is a fairly normal amount for a company of its size and geographical reach. There are 29 issue types that can be reported on, corresponding to the chapters of the Sandvik Code of Conduct. They relate to everything from labor rights, harassment or compliance issues, to misuse of company property or environmental problems. Issues include fraud, bribery, non-compliance with procedures on gifts or travelling, discrimination and harassment.

The results of investigations can lead to disciplinary action. But whatever the consequences for individuals, the company as whole benefits by cleaning out practices against our culture and Code and providing a basis for implementing more general remedial actions when issues are brought to light.

“Through Speak Up we can see where in the organization we have processes that aren’t followed or where they need improvement,” says Junker. “We can then update procedures and processes and conduct training where necessary. This helps us to continuously improve the work environment.”

Speak Up also helps support a culture of openness and trust at Sandvik, which benefits staff as well as the company as a whole. “Speak Up is a tool whereby employees should feel trust enough in the organization to let us know if something seems wrong,” says Wahlborg. "That will ultimately reduce the risk for the company.”

Junker adds, “One might think that in an ideal world, we would like to see our Speak Up cases constantly decreasing because we are getting better at handling things and constantly improving our work environment. Although that is true also for Sandvik, we also feel that a certain flow of Speak Up cases helps us ensure that the system works, that we do have a safe Speak Up culture, and that people dare to speak up.”

How to Speak Up

Sandvik employees are expected to report concerns they have about any incidents that appear to not conform with the company’s principles as set out in its Code of Conduct, policies, or the law. External stakeholders are encouraged to do the same. Here is how this can be done:

Sandvik has updated its strategy for an increased focus on growth. Six strategic objectives, well-defined measurables and a new purpose are the building blocks of the future.

Sandvik and Engineers Without Borders are working with a local group in Tanzania to construct sustainable and user-friendly toilet facilities.