Supercritical water gasification has the potential to help countries make a seamless switch to renewable energy – but it requires materials that can withstand high temperatures and pressure.

As countries across the globe seek cleaner energy, those that currently rely on natural gas – such as the Netherlands where it accounts for 40 percent of the country’s energy consumption – simply switching to renewable gas has many benefits. Like natural gas, it can be efficiently stored on a large scale, it can be transported over long distances and it can be used in existing gas infrastructure. The only problem is not enough renewable gas can be produced to meet the Netherland’s – let along the world’s needs. 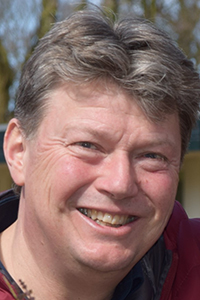 This is something that SCW Systems aims to change. “We develop novel technologies to convert organic waste streams into carbon neutral, or even carbon negative, energy carriers,” explains Gerard Essing, General Manager SCW Systems. “The technology uses the fourth natural phase of water — the supercritical water phase — to split molecules to an almost atom level. This largely untapped phase occurs when temperatures reach 375°C and pressure is higher than 221 bar.”

When water is in the supercritical phase, organic substances such as sewage, become extremely soluble. The water becomes a solvent for organic components and a catalyst for rapid and almost complete conversion of the energy stored in organic components into gas. From this, gas components such as hydrogen can be stored and used in the same infrastructure as existing gas supplies. As the process uses waste to create hydrogen, it is completely renewable.

Most steels wouldn’t make the cut

Together with Gasunie New Energy, SCW Systems has successfully developed 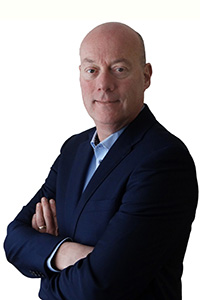 To make its gasifiers, SCW Systems needed advanced materials that could withstand high temperatures and pressure. “They needed to be able to raise supercritical water to 650°C, and to pressures up to 275 bar – most steels wouldn’t make the cut,” says Dyon Hermsen, Sales Manager at Sandvik.

After several years of collaborative development and testing, the solution was Sanicro®, Sandvik grades of nickel alloys and high-alloy austenitic stainless steels. The Sanicro material used in this specific solution is characterized by its high structural stability, creep strength, and oxidation resistance and has been specifically developed for use at material temperatures up to 700°C. 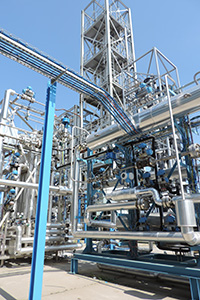 As Sandvik continues to work with SCW Systems to support the industrial production of its gasifiers, the future for supercritical water gasification looks promising. Recently, the Dutch government set itself the ambition of producing 2 billion square meters of renewable gas by 2030, 60 percent of which to be produced by supercritical water technology. If successful, many other countries that also have an extensive gas infrastructure could well follow suit too.