In Tanzania, Sandvik and Engineers Without Borders are working in cooperation with a local group to construct sustainable and user-friendly toilet facilities in local schools as a way to improve everyday life for children in the area.

In rural Karagwe, situated in the mountains of northwestern Tanzania, toilets and sanitation facilities at schools are often of poor quality and lack privacy. Now joint efforts are focused on improving that situation.

Karagwe was once an influential kingdom where wealth was measured in cattle. Today agriculture is still the main source of income, but the people here have little in terms of wealth or influence. Resources are scarce and the infrastructure poor. One major challenge is the shortage of water.

“People [here] actually have a shortage of most things, but water and sanitation has been our focus area,” says Marianne Grauers, Vice President at Engineers Without Borders (EWB) Sweden. She has spent several months in the rural Karagwe District working with the Mavuno Project, a local non-governmental organization (NGO), to find ways to make water more accessible. 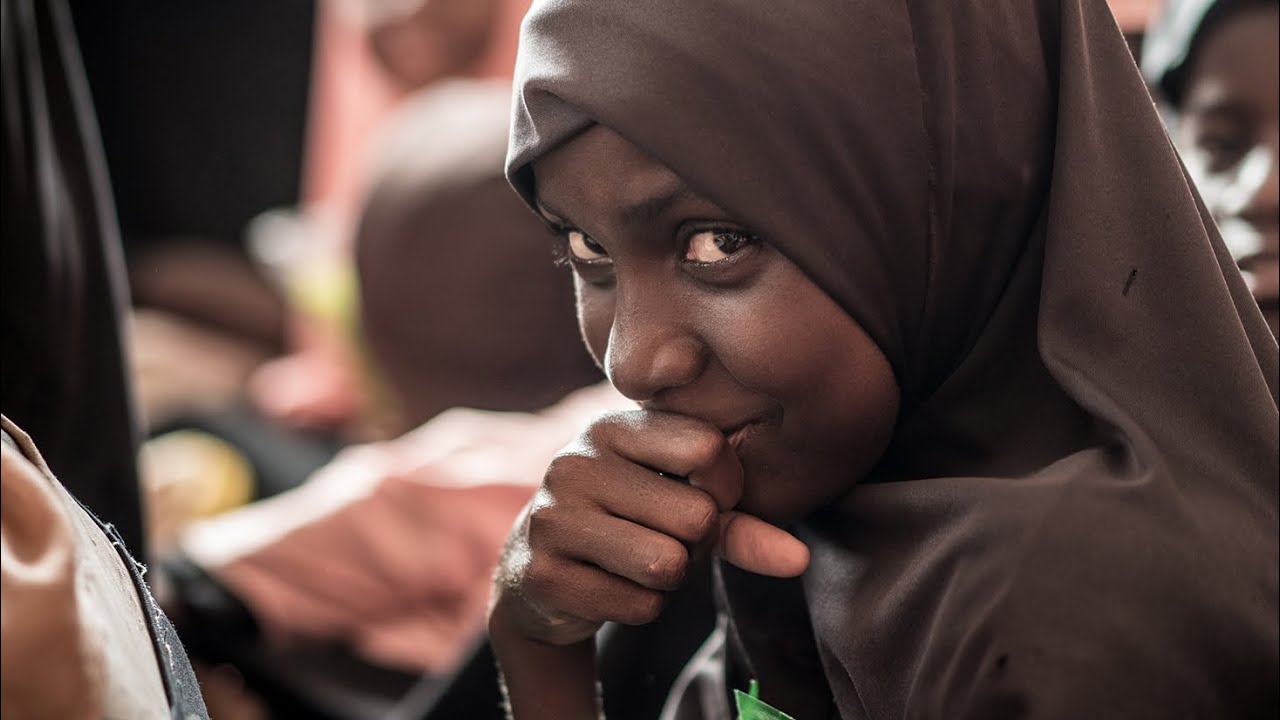 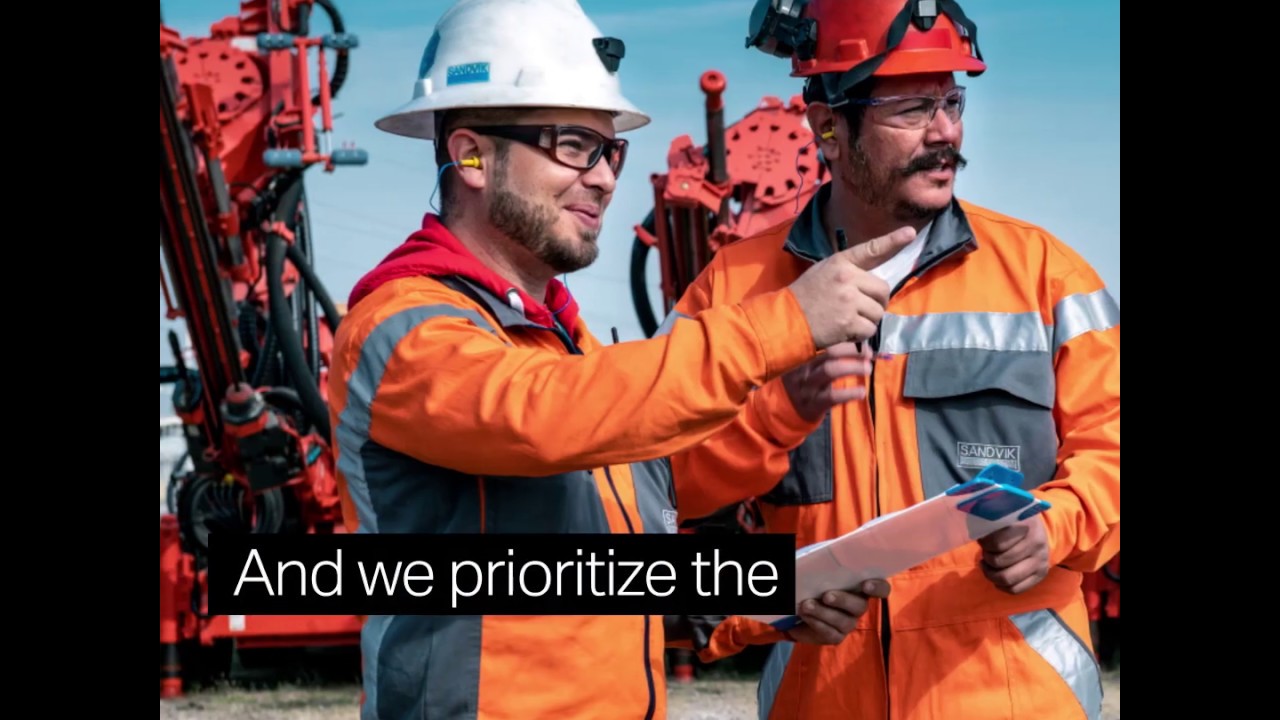 Drilling for water is rarely fruitful. Recently at the girls’ secondary boarding school built in Chonyonyo and run by the Mavuno Project, eleven unsuccessful attempts were made to drill for water before the well driller finally gave up. Thanks to the collaboration between the Mavuno Project and EWB, the villagers in Chonyonyo today get water from a source in Ihanda several kilometers away, and the school has a number of rainwater harvesting tanks to supply it with water.

Since 2017 Sandvik has been the major sponsor of EWB. The partners have ongoing discussions about which projects to support and what form that support takes. “Our engagement in EWB is a way to position ourselves as a company and employer, since young people want to work for responsible companies,” says Kinna Brundin, Corporate Communications Event and Project Manager at Sandvik. “It creates pride among our employees.”

And while solving sanitary challenges in schools on the Tanzanian countryside is not Sandvik’s core business, it corresponds with the company’s corporate citizenship and ambition to create value for society through engineering. Community involvement projects at Sandvik focus on four core areas; Innovation, Health & Safety, Education, and Local Enablement. “Constructing safe, sustainable and user-friendly toilet facilities involves all of them,” Brundin says.

The first goal for the Karagwe sanitation project was to build a prototype toilet for evaluation before setting up similar facilities in public primary schools in the district. Because of the water shortage, the solution arrived at was EcoSan, a urine-diverting dry toilet. No flush water is needed, and feces and urine are collected separately. Two chambers are provided for feces, filled one at a time. To lower the pH and limit the amount of fluids, ashes and sawdust are spread on the collected material. After six months of composting the feces has turned into humus and the chamber can be emptied.

Engineers Without Borders (EWB) Sweden is a non-governmental organization striving to make a long-term impact toward meeting the UN’s Sustainable Development Goals. EWB is active internationally to solve engineering challenges related to inequality and global development. Its key focus is on education, reduced inequality and gender equality, sustainable and cheap energy, and clean water and sanitation. Sandvik entered a partnership with EWB Sweden in 2017.

Johanna Burström, who studies Water and Environmental Engineering at Uppsala University and the Swedish University of Agricultural Sciences, is one of the two engineering students who worked in Karagwe to execute the prototype project.

In Karagwe, she performed a survey at the girls’ secondary school to get input on how the design of the toilet could make school life easier for teenage girls, especially during their monthly period.

“We know that menstruation is connected with taboos, which is a challenge for many girls, especially in mixed schools,” Burström says.

That’s why it’s so great to work with Sandvik. Sandvik has that long-term view that is needed for projects like this to be successful.

The secondary school used for the pilot is only a couple of years old and has far better facilities than most schools in the area. Even so, one major concern was the lack of well-equipped changing facilities with access to water where the girls could easily dispose of used sanitary napkins.

“Periods were certainly not openly talked about,” Burström says. “To get the girls to talk about how we could improve the design of the sanitation facilities to better fit their needs, it had to be in small groups and together with the headmistress.”

This is a boarding school where sanitary napkins are provided and where the girls have access to small “menstruation rooms” at the school.

“However, there is no water in these rooms,” Burström says. “To be able to wash, the girls have to get their personal plastic wash basin from their dormitory. Most public schools in the area don’t have any special facilities for girls, though, and the need for safe disposal and access to water is something we will include in our design when the sanitation facilities are implemented on a larger scale.”

Full-scale implementations are planned for several public schools. First in line are most likely the schools in Nyakakika Ward, a two-hour drive north of the girls’ school run by the Mavuno Project.

“At present, three of these four school in Nyakakika only

No water is needed for the EcoSan, a urine-diverting dry toilet. have ten-meter-deep pit holes shared by up to 900 schoolchildren aged 7 to 14 years,” Burström says. “The next step is to get the local authorities on board so we can implement the EcoSan solution in these schools. They would really benefit from safer and more environmentally sound sanitation facilities, while not increasing their water dependency. The future design will also include special changing rooms for girls.”

All EWB infrastructure projects are made in collaboration with local authorities, the people concerned and local craftsmen.

“The work and the project must be mutual and shared,” says Grauers. “If not, it won’t be sustainable. Through our partners we contribute with know-how and building material that the local community can’t supply or can’t afford to supply. If our local partners haven’t delivered their part of the contract, nothing happens.”

You also need to provide yourself with a large dose of patience, she says.

“Visiting engineers with a timeline, like myself and Johanna, don’t necessarily have the same daily priorities as the local villager whose main focus is to put food on the table,” Grauers says. “That’s why it’s so great to work with Sandvik. Sandvik has that long-term view that is needed for projects like this to be successful.”

The Mavuno Project – or Mavuno Improvement for Community Relief and Services – is a non-governmental organization established by rural farmers in Tanzania in 1993 and based in Ihanda, close to the small town of Omurushaka in the Karagwe Region. The core of Mavuno’s work is to empower the rural people of Karagwe by addressing basic needs, providing practical opportunities and creating sustainable alternatives. WASH – Water Sanitation and Hygiene – is one of five strategic key areas included in the overall goal to strengthen the ability to identify, manage and control available resources for their sustainable development. EWB Sweden is one of ten major beneficiaries and international partners.

Sigrid Göransson made Sandvik focus on social responsibility and improved conditions for the workers at a time when that was rare.

At Sandvik, diversity and inclusion is a central part of the business strategy.