How Sandvik made the world’s first 3D printed, smash-proof guitar

Rock stars have been smashing guitars for decades, few with more enthusiasm than Swedish-born guitar virtuoso Yngwie Malmsteen. Sandvik decided to test their cutting-edge technologies by building the world’s first all-metal, unbreakable guitar and letting Malmsteen unleash his smashing skills on it.

Watch the film showing the creation of the guitar: 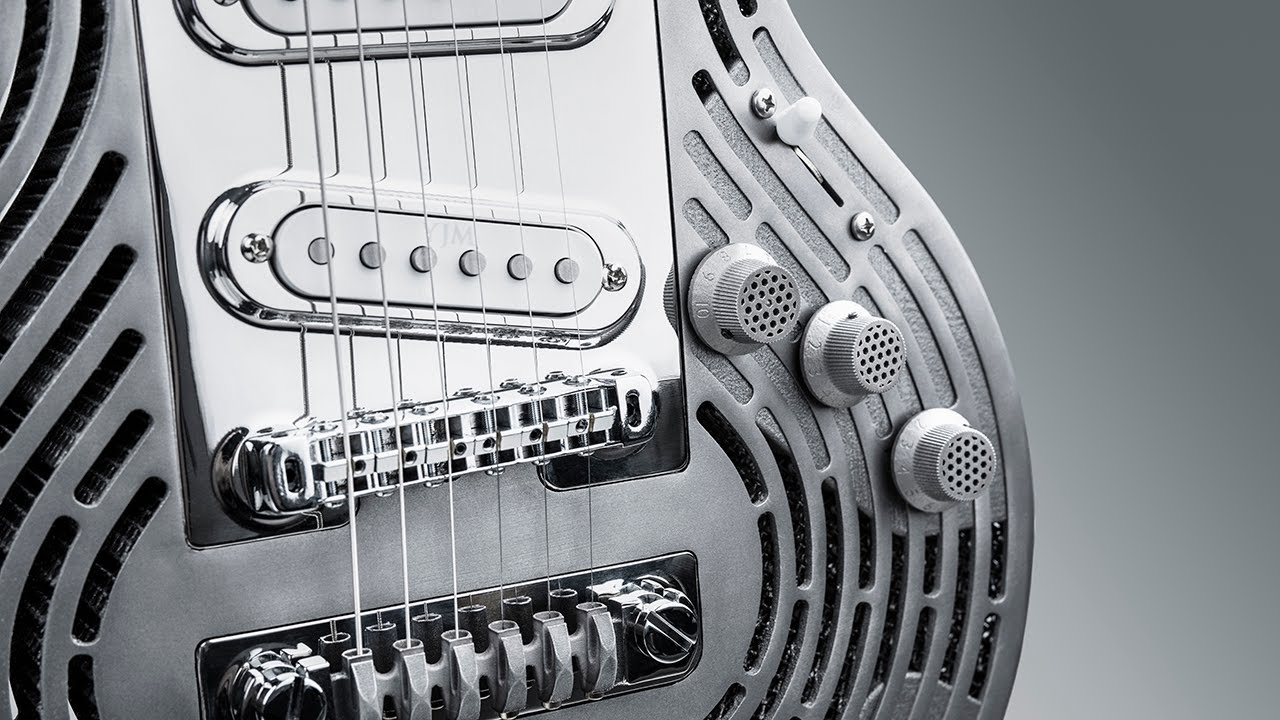 In this project, Sandvik gathered experts from across the company to demonstrate how they could use sustainable, cutting-edge techniques to make something that is both highly precise and amazingly durable.

Henrik Loikkanen, machining process developer at Sandvik Coromant, has played guitar since his youth, when he idolized Malmsteen. To understand what happens when Malmsteen destroys an instrument, Loikkanen turned to YouTube.

“We had to design a guitar that is unsmashable in all the different ways you can smash a guitar,” Loikkanen said. “The engineering challenge was that critical joint between the neck and the body that usually cracks on a guitar.”

Yngwie Malmsteen discussing design details of the guitar neck and hub with members of the Sandvik team.

Data on the cutting edge

Long, slender components like the fretboard and neck are particularly vulnerable to distortion. Advanced software allowed Sandvik Coromant to simulate milling digitally before the first cut was made, enabling the correct choice of tools, saving manufacturing time and ensuring efficient processes.

“Precision was critical,” said Henrik Loikkanen, machining process developer at Sandvik Coromant. “Our software is built on years of experience, giving tool and the cutting data recommendations that helped us mill the fretboard down to a challenging thickness of of 1 millimeter in places.”

Inspection of the ILS (Isotropic Lightweight Structure), an integral component of the guitar. The ILS is made from Sandvik hyper-duplex stainless steel.

Meanwhile, another challenge was being tackled – how to manufacture the guitar body, an extremely complex design due to the need for high strength at low weight.

Sandvik, relying on its world-leading expertise in metal powder and additive manufacturing, decided to 3D print the body. Lasers traced a design in beds of fine titanium powder, fusing layers of material one on top of the other. The layers, each thinner than a human hair, built up into the body of the guitar.

“Additive manufacturing lets us create lighter, stronger and more flexible components with internal structures that would be impossible to mill traditionally,” said Amelie Norrby, an additive manufacturing engineer who participated in the guitar project. “And it’s more sustainable because you only use the material you need for the component, minimizing waste.”

This guitar is a beast! Sandvik is obviously on top of their game.

"The most important thing for me is the neck," says Yngwie Malmsteen, here checking the straightness.

Tomas Forsman, a research and development specialist at Sandvik, realized that the guitar needed a special structure that was strong, stiff and light. He proposed an Isotropic Lightweight Structure (ILS), the strongest structure for a given weight ever invented.

“It looks much like any framework structure,” Forsman said, “but it’s actually stiffer and lighter than anything we’ve seen before.”

Forsman also knew exactly the material the ILS should be made from: hyper-duplex steel, a grade only Sandvik produces. He wanted to sandwich the hyper-duplex ILS between the guitar’s neck and fretboard.

Collaborating like this is a key for the future

But the fretboard could not afford any torsion, a problem with welding long, thin components together. Analysis and testing fine-tuned the welding process until the ILS could successfully be integrated.

Forsman thinks the guitar project and the collaboration it required illustrates how Sandvik’s deep expertise and experience can solve unique challenges, even faced with short timeframes.

“Collaborating like this is a key for the future,” said Forsman. “Our customers’ challenges continue to grow more and more complex. We need to bring our expertise to work hand-in-hand with our partners and customers and keep inventing new ways of meeting those challenges.”

One of the Sandvik engineers testing the strength of the guitar on various items of old furniture and equipment.

When the guitar was finished, Sandvik gave it to Malmsteen to play. At a club in Florida, Malmsteen ripped through several songs, then started swinging the guitar at amps, at stage structures, at the floor, doing his very best to smash it.

“This guitar is a beast!” Malmsteen said after abandoning efforts to destroy it. “Sandvik is obviously on top of their game. They put the work in, they do their hours. I can relate to that. The result is amazing. I gave everything I had, but it was impossible to smash.”

Watch the film 'The Smash-Proof Guitar, tested by Yngwie Malmsteen': 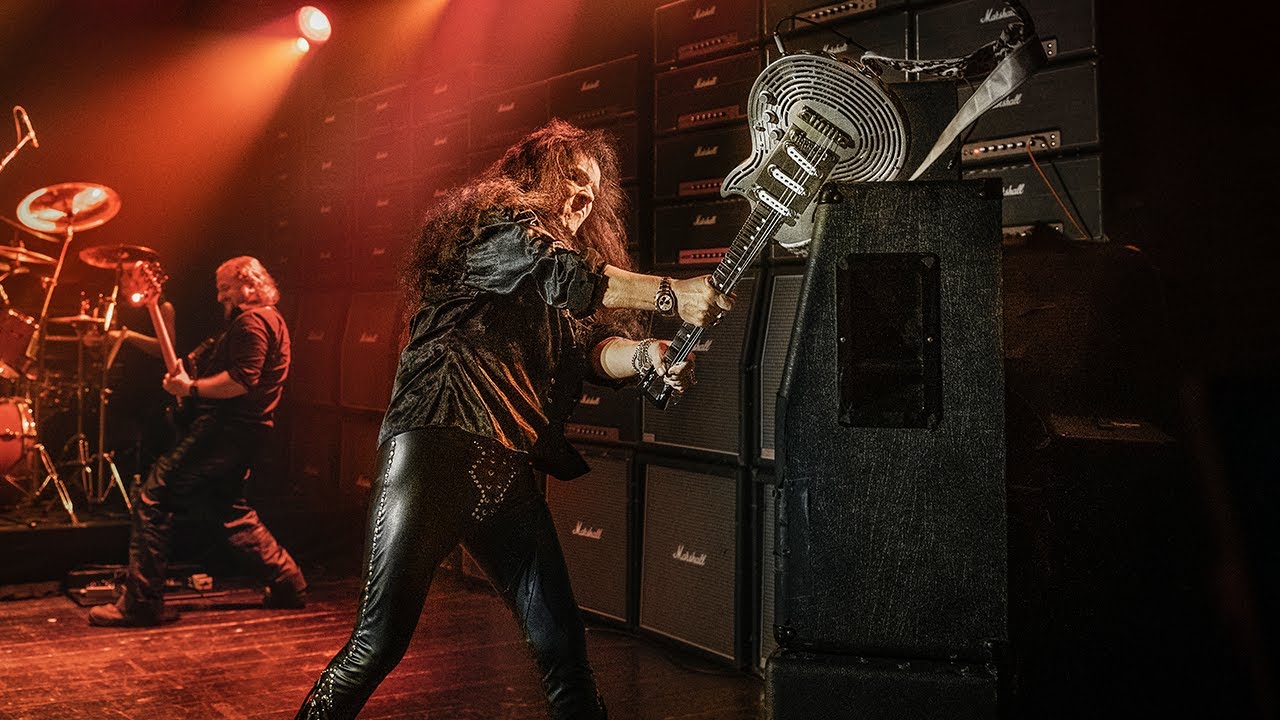 Curious to find out more?

You find more information about the various techniques used when building the guitar on the below Sandvik websites:

A new home for the guitar

In May 2019, the smash-proof guitar was auctioned out. The auction brought in USD 25,000, which Sandvik has donated to the organization Engineers Without Borders (EWB).

3D animation of the guitar

View the construction of the guitar

We make it possible

Want to know more about what we do? Check out our websites for products and services. 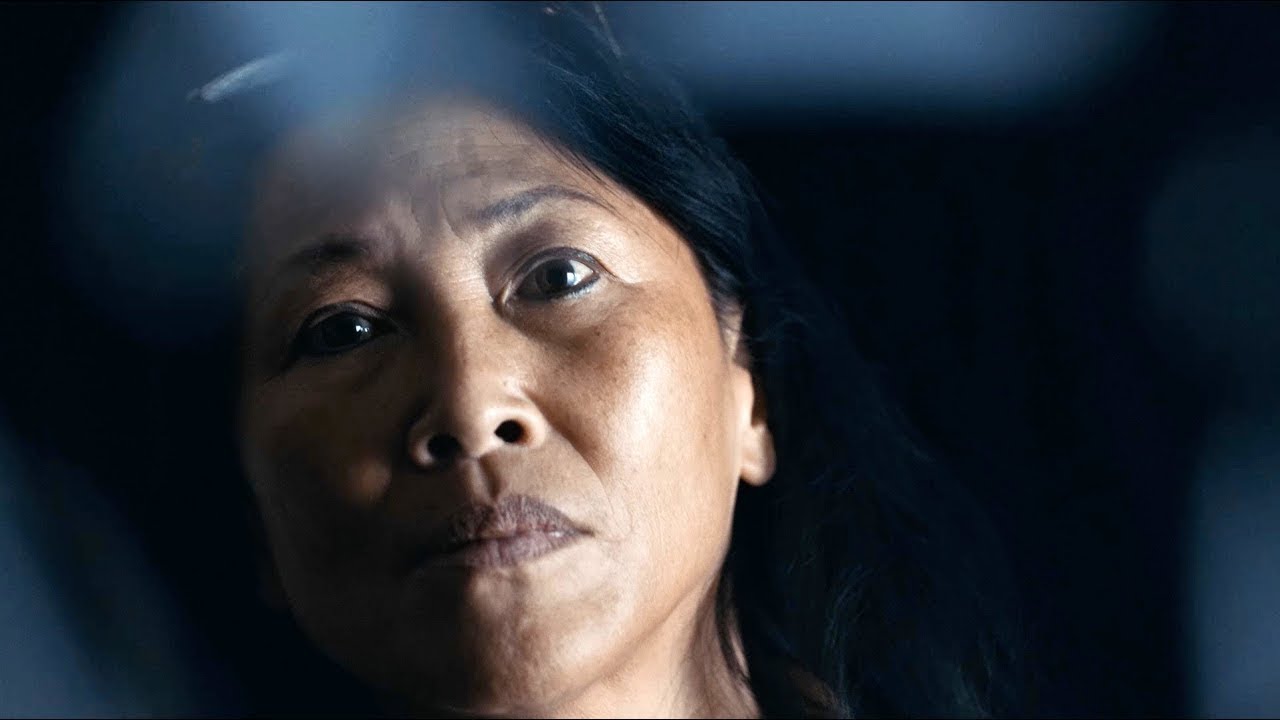 Shaping the future together

Learn how our metal-cutting solutions contribute to the future of manufacturing. 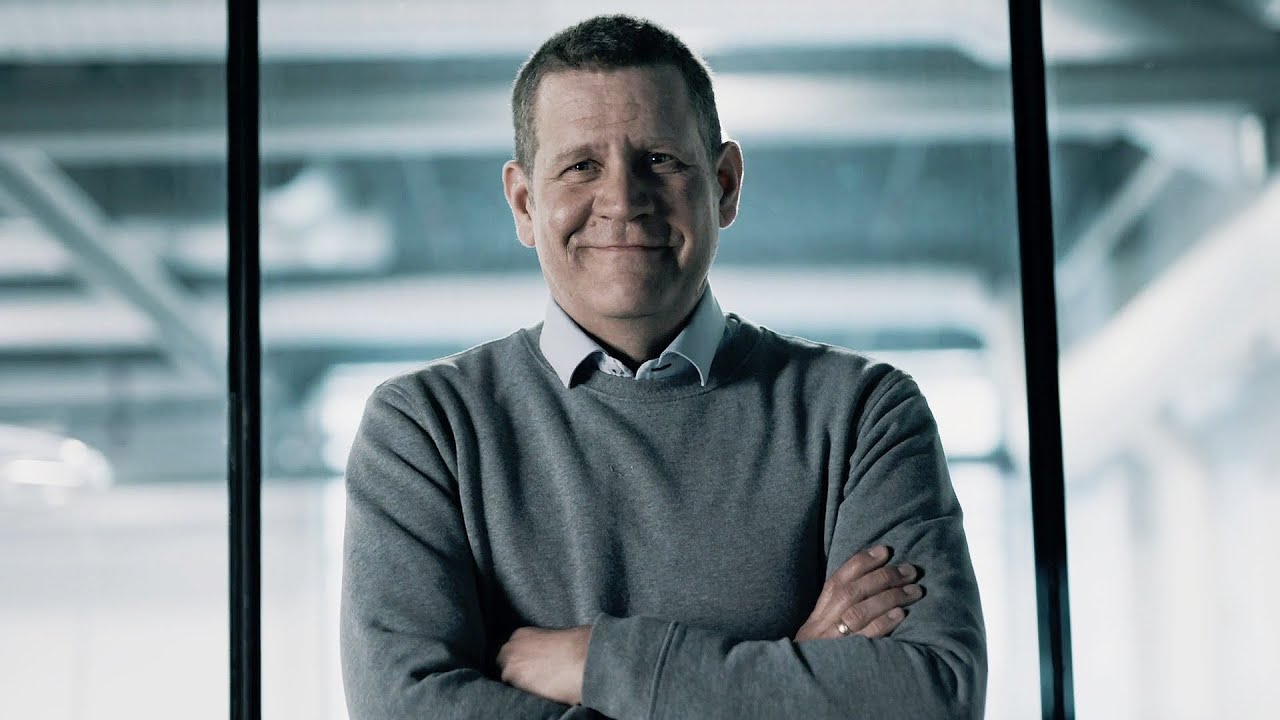 Just imagine what additive manufacturing can do

Explore what the additive advantage means in reality. 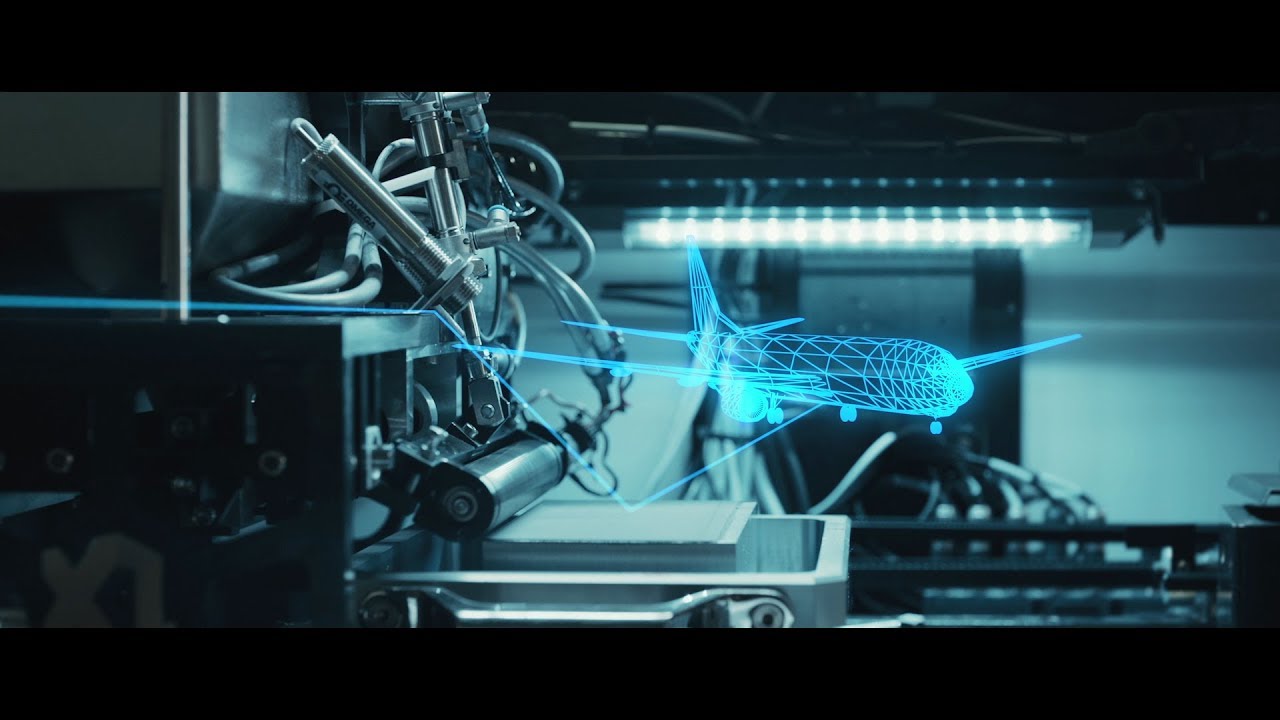 Our advanced materials push the boundaries of what's possible forward. Find out how. 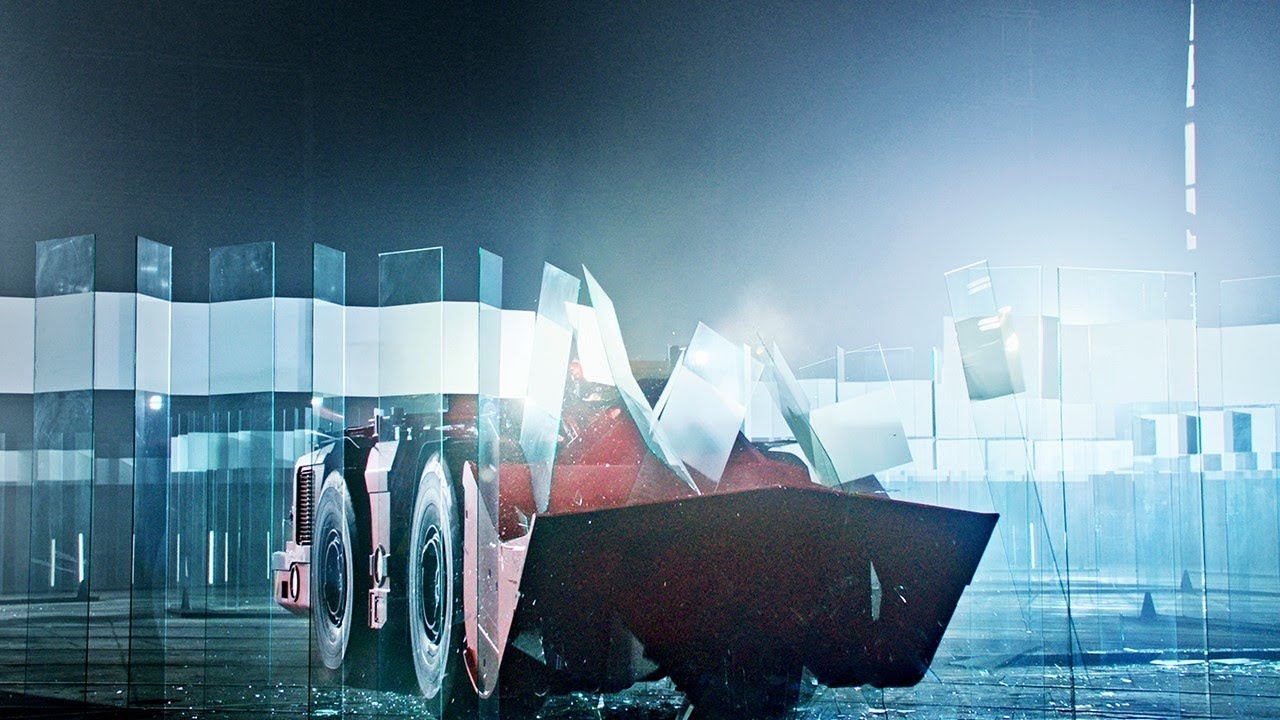 Next generation of automation

See how we put our mining automation technology to an unusual test.