You are visiting: Sandvik Group

The Sandvik School on Wheels program complements the Every Child Counts campaign by providing education in sites where there is no school.

Going to school is the best start in life there is. Sandvik in India, with the help of volunteers and staffers, ensures that more children are given such a start.

"Every Child Counts" is an umbrella concept used by UNICEF as well as various local organizations around the globe that share the common goal of improving conditions facing the world's children. The United Nations' Sustainable Development Goal No. 4, for example, advocates inclusive, free, equitable and good-quality primary education.

Our goal is to encourage the parents to educate their children. 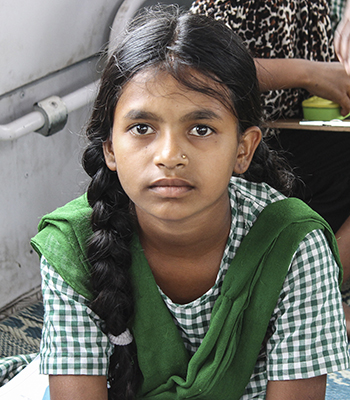 Payal Balu Lokhande attended the School on Wheels in 2015-16. She is currently continuing her education in the 7th standard form.In support of this goal, Sandvik in India has launched the initiative "Sandvik Every Child Counts," in cooperation with the NGO Doorstep. It is a project that aims to boost primary school enrollment among underprivileged children and prevent them from being used as child labor.

"The initiative involves Sandvik staff as well as external volunteers, and reaches out to children of marginalized communities such as rag pickers, roadside sellers, street dwellers and migrant laborers," says Saharsh David, Head of CSR at Sandvik in India. "Our goal is to encourage the parents to educate their children and prevent them from falling into the trap of child labor."

Sandvik's head office in India is based in Pune, one of the fastest-growing cities in the country in terms of economic growth, and consequently home to a steady influx of migrant laborers from across the subcontinent in search of new opportunities. Since migrant families who live in temporary camps often have to travel a long way to reach the nearest school facility, the Sandvik initiative includes a mobile solution. 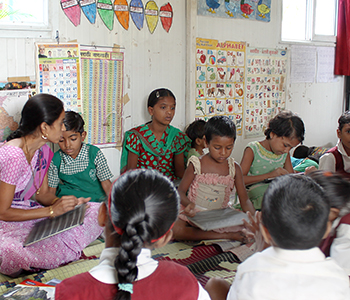 "The Sandvik School on Wheels program complements the Every Child Counts campaign by providing education at the doorstep in sites where there is no school," David explains. "It is a refurbished bus equipped with classroom supplies and staff who conduct classes across the different sites."

The Sandvik initiative puts special emphasis on ensuring that more girls enroll in primary school. Literacy rates are generally lower among girls than boys in India, and girls also face the prospect of being married off at an early age, particularly if they come from a poor background and lack schooling.

In 2009, the Indian parliament passed a bill to provide universal, free and compulsory education for all children aged between 6 and 14.

"Passing a bill is one easy thing to do. What is important is to make parents, particularly in rural areas, aware of the benefits of education and to encourage them to send their children to school," said Thomas Chandy, chief executive of Save the Children India. "This change has to come at the community level and also make people at the helm of affairs accountable."

Sandvik and Engineers Without Borders improves sanitation in Tanzania