Industry 4.0 is a move towards next-generation production methods that will lead to further globalization.

The growth of digitization has had a great impact on the global business landscape. Sandvik talked to Industry 4.0 expert Philipp Ramin to find out what’s in store for the future.

Industry 4.0, or the fourth industrial revolution, is not, as many perceive, an initiative to secure the survival of Western manufacturing units in the face of low-wage competition from China and developing countries. It is, instead, a move towards next-generation production methods that will lead to further globalization, especially for small and medium-sized companies.

So says Philipp Ramin, co-founder and CEO of the consulting and training company Innovationszentrum für Industrie 4.0, based in Regensburg, Germany. “In all honesty, it may have started to improve competitiveness, but Industry 4.0 will actually strengthen ties between companies all over the world,” he says. “That’s a consequence of the concept.”

The term “Industry 4.0” was coined in Germany in 2011, but it reflects a general development in manufacturing. The consulting company McKinsey defines it as the next phase in digitization, driven by a sharp rise in data volumes, computational power and connectivity, the emergence of analytics and business-intelligence capabilities, new forms of human-machine interaction and improvements in transferring digital instructions to the physical world, such as advanced robotics and 3D printing. The potential for increased productivity is considered huge. 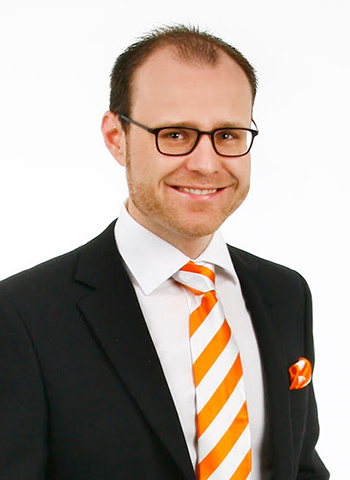 Philipp Ramin, co-founder and CEO of the German consulting and training company Innovationszentrum für Industrie 4.0, says Industry 4.0 will strengthen ties between companies all over the world.

Critics say that Industry 4.0 is not just a means to return production to the West, as machines take over with M2M (machine-to-machine) communication and the IoT (Internet of Things), but that it will inevitably lead to factories devoid of humans and to increased unemployment. Ramin counters by asserting, “We are in a period of transformation. Old jobs disappear, but new ones are being created, and further globalization is a precondition for Industry 4.0, which is dependent on seamlessly sharing data to enable smart production and flexible manufacturing decisions.”

Experts at professional services company PWC say Industry 4.0 will create digital networks and ecosystems that in many cases will span the globe but will still retain distinct regional footprints, and both developed and developing markets stand to gain dramatically.

Still, a major obstacle is standardization.

“It won’t work if a machine in Germany or in any country cannot communicate freely with machines in Asia and elsewhere,” Ramin says. “This is particularly important for small and medium-sized companies that are dependent on others for building efficient ecosystems. In B2C [business to consumer] people are using the same language through Facebook and Google. B2B [business to business] needs to get to that point as well. We are working on it.”

Enabling companies to create production ecosystems based on global capabilities has the potential to boost business for smaller companies and companies outside the big cities and industrial regions.

“Small and medium-sized companies are often found in the countryside,” Ramin says. “In the world of Industry 4.0, your physical location is of less importance.”

An example is Maschinenfabrik Reinhausen, a medium-sized company in Regensburg, a town of 120,000 inhabitants. The company, a specialist in the production of tap changers for the power industry, won the journal Produktion’s Industry 4.0 Award.

“They don’t make a fancy or sexy product,” says Ramin, “[but] it was the first company in Germany to get an Industry 4.0 award. They demonstrated how production can be made much more efficient and staff more content by integrating machines and data.”

But is Industry 4.0 mainly for Western companies?

“Not at all,” Ramin contends. “Asia, for instance, not least China, is putting in a lot of resources into 4.0. They are eager to be part of the digital revolution. I think that in five to 10 years we’ll see many more connected economies and new types of companies. We already have Google and other digitally based newcomers entering traditional industries. We are in a period of major change.”

Bridging the divide – together

Modelled in the virtual world