The tradition of caring is strong within Sandvik. Carina Dahlberg has worked within the company for many years and is active as a guide at the visiting center in Sandviken, Sweden. In this episode she describes how the development of Sandvik and social responsibility has gone hand in hand, starting with the social pathos of its founder Göran Fredrik Göransson. 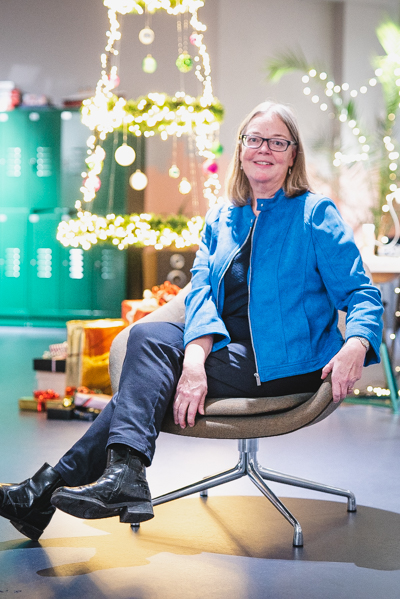 Carina DahlbergInfluenced by his upbringing, Göran Fredrik Göransson had a strong sense of social responsibility and equality. When he moved his business to Sandviken in 1862, the area was completely undeveloped. The town was then built around the factory and Göransson provided housing for the workers, schools and medical care.

“He was very much in the forefront since people did not start to talk about social responsibility and CSR until in the 1930s,” says Carina Dahlberg. “He did not do this as a concept but out of what he thought was right and because he wanted his company to be attractive for the workers.”

The tradition of social responsibility was passed on to his son Anders Henrik Göransson and his granddaughter Sigrid Göransson. Sigrid Göransson took an early interest in the worker’s welfare and eventually became a member of the management team of Sandvik and worked as an inspector of social conditions. She initiated a hospital in Sandviken, a warm bathhouse, a laundry facility and a domestic school for girls and younger women. Since the social infrastructure got so advanced, it took some time until the municipality took over the operations. The hospital was the official Sandviken hospital until 1957 and the bathhouse was in use until 1976!

“The Sandvik Sustainability Award in Memory of Sigrid Göransson” was launched in 2019 and it was first handed out at the 2020 Annual General Meeting. Carina mentions the award-winning “gas to electric” solutions in the podcast and if you’re interested you can find more information at Kanthals website.

In each episode of the podcast Meet Sandvik you will meet different persons that give their perspective on Sandvik. Sometimes it´s an employee telling his or her story. Sometimes you will meet experts discussing how a hot topic can affect Sandvik.

Listen to the podcast