Tiger-tec® Gold is a technology platform for a family of new grades for metal cutting.

The development of a new method for applying coatings, called ultra-low-pressure chemical vapor deposition, led to the award of the “Wilhelm Haglund Medal to the Product Developer of the Year” in 2020 to Dr. Dirk Stiens from Walter. The winner was presented online in conjunction with Sandvik’s 2020 Annual General Meeting.

The new method has been a success and has enabled a new generation of coated cutting grades – Tiger-tec® Gold.

“At Walter we have been introducing innovative cutting grades in families. There is a bright outlook for further development of Tiger-Tec Gold,” says Dr. Dirk Stiens, explaining the development process in this video: 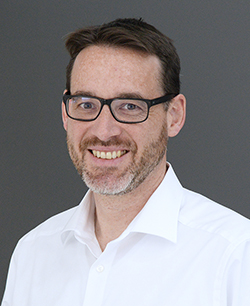 Dr. Dirk StiensTiger-Tec Gold is a technology platform for a family of new grades for metal cutting. It consists of a new coating material which is deposited by another process called ultra-low pressure CVD. Tiger-Tec Gold succeeded former platforms Tiger-Tec and Tiger-Tec Silver, and already from the market introduction in 2016 it was clear that a new era had started.

“The benefits for our customers is simply unprecedented performance. We have seen lifetime increase and performance increase of about 100% on average, in many cases even clearly more,” says Dr. Dirk Stiens.

The “Wilhelm Haglund Medal to the Product Developer of the Year” has been awarded since 1986 and is named after the Managing Director Wilhelm Haglund, who laid the foundations for Sandvik’s successes in the cemented-carbide area. The award is presented to recognize and reward important efforts that create substantial customer benefits and commercial value for the Group.

The award includes a medal made from 18 karat gold, a study trip and a diploma. The jury comprises the Group CEO, representatives for the trade union organizations and other people with a good understanding of the Group’s operations. All employees in the Group can receive the award and they can also suggest candidates.