We are auctioning out the world’s first smash-proof, all-metal 3D printed guitar – produced by Sandvik and played and signed by Yngwie Malmsteen. The auction is run on the popular music marketplace Reverb.

In the beginning of April, we presented the world’s first smash-proof guitar to the world. Since then, the guitar has evoked massive global interest, resulting in hundreds of articles and millions of film views. Now, we’re announcing that we have put this one of a kind guitar, played and signed by guitar virtuoso Yngwie Malmsteen, up for sale. It will be auctioned to raise funds for charity organization Engineers Without Borders Sweden.

Visit Reverb to learn more about the auction or to place your bid: Reverb Sandvik auction 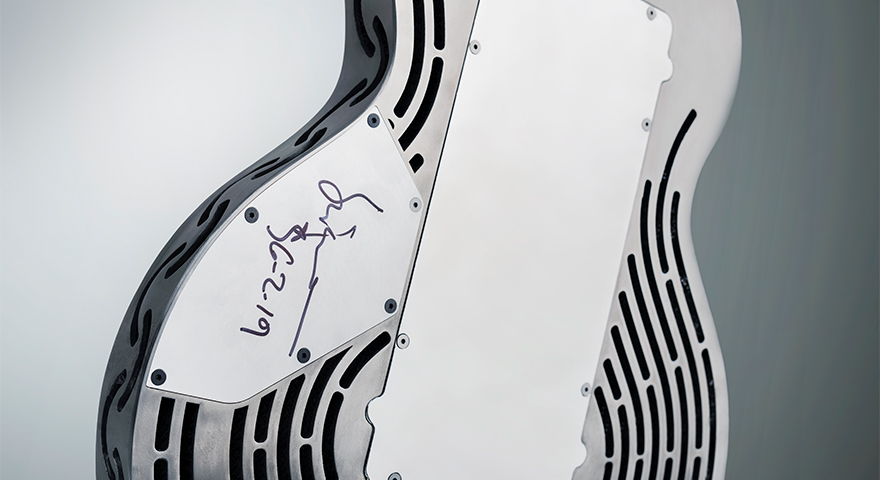 The guitar is produced by Sandvik and played and signed by Yngwie Malmsteen.

About the guitar project

This unusual project started with the notion that rock stars have been smashing guitars on stage for decades. We decided to test our cutting-edge technologies by building the world’s first all-metal, smash-proof guitar and let Yngwie Malmsteen unleash his smashing skills on it. After his unsuccessful smash attempt in Miami, the guitar had only suffered a few scratch marks.

"This guitar is a beast! Sandvik is obviously on top of their game. They put the work in, they do their hours, I can relate to that," Malmsteen said. "The result is amazing. I gave everything I had, but it was impossible to smash."

In the project, we gathered experts from across Sandvik to demonstrate how to use sustainable, cutting-edge techniques to make a high-precision product that is amazingly durable. 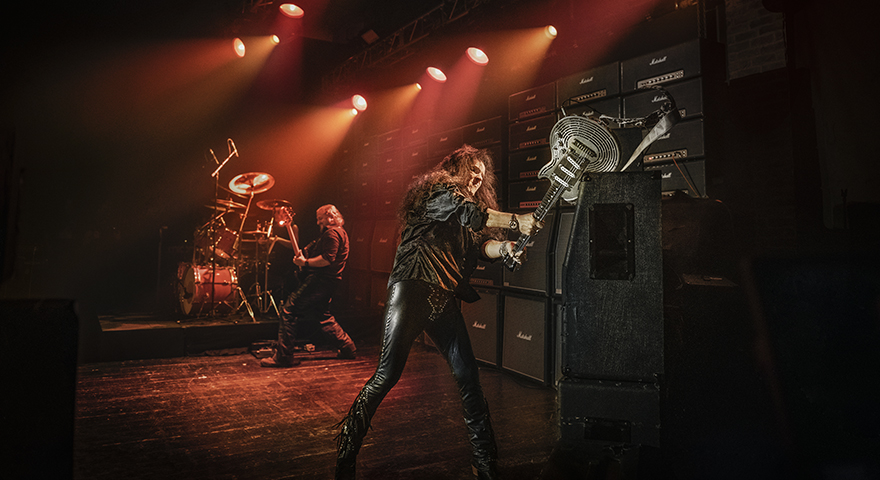 Yngwie Malmsteen during his attempt to smash the guitar.

How the guitar was constructed

For the guitar's 3D printed body, Sandvik used its world-leading expertise in metal powder and additive manufacturing. Lasers traced a design in beds of fine titanium powder, fusing layers of material one on top of the other.

About Engineers Without Borders

Sandvik has been supporting Engineers Without Borders Sweden since 2017. Engineers Without Borders Sweden works to address challenges linked to the Sustainable Development Goals, both in Sweden and around the globe. Through their important work, solving engineering challenges related to inequality and global development, people around the world have been able to raise their standard of living.

Go to the website for Engineers Without Borders Sweden